Technology for our Children

Like so many other parents, everyday technology was only just being introduced when I was growing up.  I got my first computer in high school, and “mobile” phones were only for executives and were the size of small suitcases.  Nowadays, I see children interacting easily with sophisticated technology from early childhood.  Touching, swiping and multitasking comes naturally because it’s been introduced early in their development.

Introducing an iPad1 to my two years old with a vision impairment was an amazing experience.  It opened his world and now five years down the track he’s sporting a lighter, faster iPad Air.  There are so many things we use it for.  We have Proloquo2Go for communication, we use the built-in camera to bring a distant object closer because he can only see 30cm.  Then there are the numerous apps that he’s a superstar at navigating.

Parents sometimes don’t have it so easy, and for grandparents it can be very daunting, so I’ve provided some basic information to make your experience as a parent less frustrating.

Making the iPad safe to handover to a youngster.

When Apple made the iPad it wasn’t intended for you to hand over to your children straight out of the box.  Before you do hand it over you should take the time to lock down some of the more advanced features.

Using device restrictions helps to remove unwanted features, stop children deleting apps, remove apps like safari if you don’t want you child surfing the web for example.  One of the most important is turning off in-app purchases which does not require a password to give consent to purchase in game/app upgrades. Apple devices are also set as default so that once you’ve entered your password, any app store purchases won’t ask for a password for 15 minutes.  You can imagine the horror some parents have had in the past when they get their credit card bill!

iPads and Keeping Children on Task

Keeping children on task when using an iPad is difficult, there are so may apps, and they can become quite addictive to young and old.  This is the best way to lock your iPad to one app until you decide to change it.  I find it's great for my 6 year old, and my 9 year old too for homework.

Once it's set up, you just triple click the home button and press start.  When your finished, just triple click the home button again, and type in your 4 digit pin, and press end, or you can then also change settings.  This feature was built into the iPad from iOS6 onwards, so if your using an old iPad1 on iOS5 your out of luck I'm afraid, but there are manual home button covers available on the market if you wish to use them. 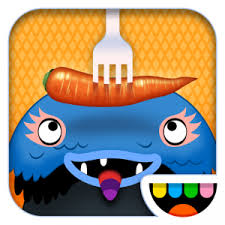 Toca Boca is one of my favourite app designers. All their apps are colourful, easy to use, and fun for both the parents and the child. One of the favourites of the moment is Toca Boca Kitchen Monsters. You can choose between too different monsters, and you get to cook for them and you get to learn about their individual likes and dislikes. It's a great way to discuss food, and your child's likes and dislikes while you play. You can blend, pan fry, microwave all sorts of ingredients from the fridge.

So, you've just handed your shiny new iPad to your child full of great apps, and features.  10 minutes later, you find half your apps have disappeared, or you little on is watching Youtube, or surfing for "hoaudfoaufaofdj" on google.  What can you do about it? 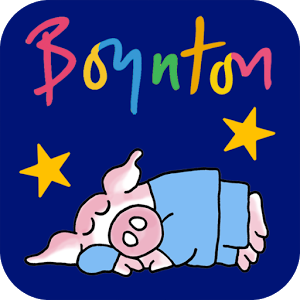 We still love real books in our family, but there are some exceptional interactive books on the app store, and this is one of them.  The app turns an already amazing children’s book into a fun adventure!  There are lots of items to touch, pull, and turn, move or tilt to see what happens.  The narration is clear and expressive, but the app still gives you the change to read the story yourself.